Grupel renews strategy for the sale of generators in Angola

Angola has always been and will continue to be a highly valued market by Grupel S.A. It was in this country that, in 2013, the process of internationalization of Grupel began.

A process that was assumed as natural and expected, given the cultural approximation between Portugal and Angola.

It was, however, with the beginning of the year 2017 that new business prospects and new markets awoke. This year also brought the rethinking of some strategies inherent to existing markets.

The challenges that different economies impose on our businesses lead us to regularly align and define new strategies adapted to each environment.

At the Angolan market, Grupel wants to continue to be the leader in its segment and achieve a level of excellence in a sustainable way. It is based on this objective that, with great satisfaction and pride, we inform that Grupel signed an agreement of representation and exclusive distribution with a great local partner.

Nova Sotecma is Grupel’s new partner in Angola, a solid company headquartered in Luanda, Angola, and with subsidiaries in Viana and Lobito, dedicated for half a century to the commercialization of industrial solutions such as power generators.

It is a time of renewal, of setting new goals and sharing new business opportunities.

Already in February, Grupel’s Angola area manager – Pedro Sendão – was in Angola with the new partner for technical and commercial training with the objective of reinforcing the partnership, increasing brand awareness and promoting the communication channel between both companies.

It is Grupel’s goal to always be close to all our distributors and the relationships we create, anywhere in the world. At Grupel, SA, a distributor is more than a means to an end: in Grupel, a Distributor is a PARTNER, that can count with all our commercial, marketing and after-sales support, so that common objectives can be achieved.

Stay up to date with the news about Grupel's products and services, as well as with what is going on in the power gensets industry. 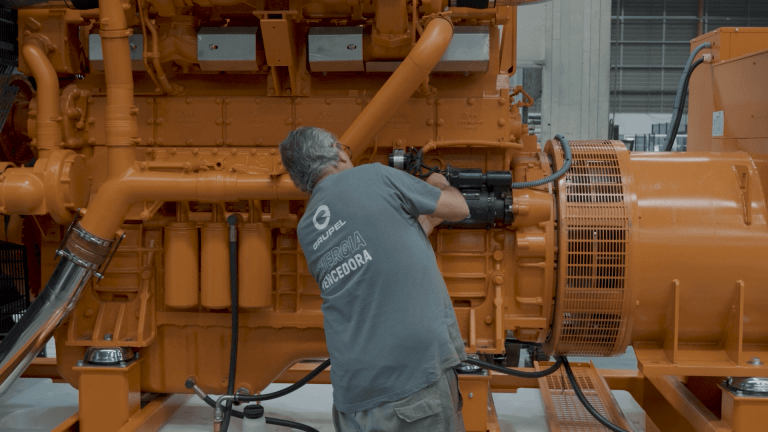 Interview with Raquel Martínez from the Engineering Department of Grupel