What are the main characteristics of fuel tanks?

Grupel has available different types of fuel tanks that can adapt to each application of the genset or customers demand.

In the generators, the combustion and the fuel tank are a key element, because it’s the tank that defines the genset's autonomy. Generally, the tanks are selected and designed so that, the genset can operate in full load (100%) at least for 8 hours. Depending on the engine consumption we provide in the standard range tanks from 40L to 1000L. In the special projects range the capacity of the tank depends on the customer’s request, at the range of this project, Grupel has already delivered gensets with fuel tanks from 1000L up to 10000L.

However it's also possible to have metallic fuel tanks. To manufacture them, it is necessary to have the process of shearing, bending, and welding. It's manufacturing it is only finished when the leak testing is performed in order to make sure that there isn’t any leak. The metal sheet that is used is currently known as zinc, which is a surface covered by a layer of pure zinc that gives to the product a higher durability and corrosion resistance. Generally, these tanks have the shape of a parallelepiped.

The fuel tanks can be classified into two great categories with respect to its development and location.

With respect to its development, the fuel tanks can have a single wall or a double wall (Figure 1). As the name shows, the single wall means that the tank has one metal sheet that separates the interior and the exterior. These are the simplest ones to manufacture and the most commonly used. The double wall fuel tank has an extra exterior wall which involves the internal tank creating space between the two walls. The purpose of this extra space is to retain a possible fuel leakage in order to avoid environmental pollution.

The fuel tanks also include a location of manual feeding, threaded joints to connect the fuel inlet and outlet of the engine, a location to install a level sensor and a spare connection point. All these points are welded in a separate removable metal plate and can be adjusted at the client's needs (figure 2). 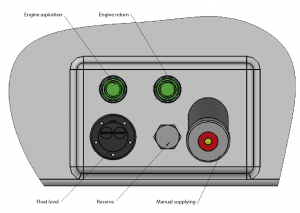 Figure 2 - Example of a platinum and fuel tank